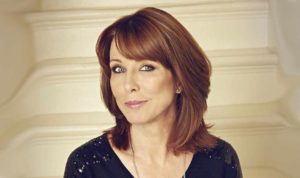 Sky News presenter will be off air for six months after breaking lockdown rules to celebrate her 60th birthday.

“I have today agreed with Sky News to step back from my broadcasting role for a period of reflection.

“It’s clear to me that we are all in the fight against Covid-19 and that we all have a duty to stick firmly by the rules.

“It doesn’t matter that I thought I was Covid-compliant on a recent social event. The fact is I was wrong, I made a big mistake, and I am sorry.

“Some dear friends and colleagues – some of the most talented and committed professionals in our business – have been pulled into this episode and I regret this enormously.

“I was one of the founding presenters on Sky News.

“No one is prouder of our channel’s reputation, the professionals on our team, and the impact we make.

“I very much look forward to being able to continue my 32-year career with Sky when I return.”

In a statement the broadcaster said:

“Over the course of the evening, Covid guidelines were breached.

“Sky News expects all team members to fully comply with the COVID restrictions. All those involved regret the incident and have apologised.

Sky news chiefs were said to be “furious” about the breach of the Government’s coronavirus regulations.

Ms Burley and Ms Rigby have both reported vociferously about people who’ve broken the guidelines.

And Ms Burley “tore” into Michael Gove when he defended Cummings’ actions.

There was anger and resentment in the Sky newsroom about the actions of the few breaking the rules.

“It’s impossible to hold the Government and ministers to account over transgressions – and then break the same rules yourself.

“It makes us a laughingstock.

“Like it or not, an interviewer has to have the moral high ground.”

It said: “Look at the state of Sky News.

“The morons spent all summer preaching to us and now look at them!

“After illegally going on a bender, they were going to go to a hospital to put lives at risk!”