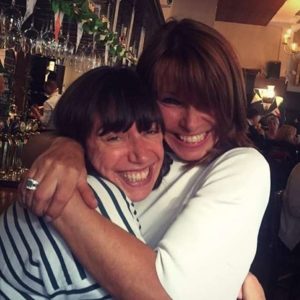 Sky News anchor Kay Burley has been taken off air after breaking lockdown rules while celebrating her 60th birthday.

Sky news chiefs are said to be “furious and disappointed” about the breach of the Government’s coronavirus regulations.

Ms Burley and Ms Rigby have both reported vociferously about people who’ve broken the guidelines.

And Ms Burley “tore” into Michael Gove when he defended Cummings’ actions.

It’s said Ms Burley’s future at Sky after 32 years is in “jeopardy”.

A source close to Ms Burley admitted she “doesn’t have a leg to stand on”.

An internal inquiry is investigating the now infamous birthday bash in London.

Sky Head of News John Riley and director of content Cristina Nicoletti Squires have already spoken to the presenter.

There is anger and resentment in the Sky newsroom about the actions of the few breaking the rules.

A source said: “It’s impossible to hold the Government and ministers to account over transgressions – and then break the same rules yourself.

“It makes us a laughingstock.

“Like it or not, an interviewer has to have the moral high ground.”

It said: “Look at the state of Sky News.

“The morons spent all summer preaching to us and now look at them!

“After illegally going on a bender, they were going to go to a hospital to put lives at risk!”

Ms Burley is not expected to return to the newsroom until the New Year.

She does, however, say that she was due to go on holiday to Africa from the end of the week.

“We place the highest importance on complying with the government guidelines on Covid, and we expect all our people to comply.

“We were disappointed to learn that a small number of Sky News staff may have engaged in activity that breached the guidelines.

“Although this took place at a social event in personal time, we expect all our people to follow the rules that are in place for everyone.

“An internal process is under way to review the conduct of the people involved.”