ITV viewers had “no chance” of winning competitions as postal votes were not included, says Ofcom 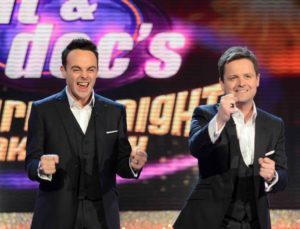 Some viewers who entered ITV primetime show competitions had no chance of ever winning, an Ofcom investigation reveals.

The broadcaster didn’t include the postal votes at all in the draw.

ITV broke Ofcom’s rule that all broadcast competitions must be fair.

“Our investigation found that people who entered these competitions by post were excluded from the draw, with no chance of winning.

“ITV failed to follow proper procedures and this led to a clear breach of our rules, which require all broadcast competitions to be conducted fairly.

“In all cases, some viewers who participated using the postal entry route had no chance of being selected to win the competition.”

ITV encourages viewers to vote online or with a mobile phone.

However, it does accept postal votes.

ITV said in a statement:

“The integrity of all viewer competitions run by ITV is an absolute priority for us, therefore any related error is taken very seriously and is a matter of sincere regret.

“We note that Ofcom acknowledges that these were unintentional human errors that affected some free postal entries.

“ITV acted immediately and proactively in addressing and reporting the matter and taking action to avoid a recurrence.”

Ofcom, the broadcasting watchdog, investigated ITV in August after an internal audit found “a small number of individual administrative errors” in six of its premium rate competitions since 2014.