Britain to have vaccine first because it’s a better country than France, claims Minister 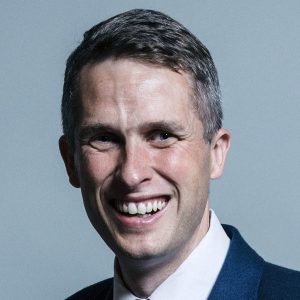 Britain is first in the queue for the coronavirus vaccine because it’s a “much better country” than France and America, said Cabinet Minister Gavin Williamson.

The Education Secretary praised the work done in the UK to approve the Pfizer/BioNTech vaccine for use.

He said the Medicines and Healthcare products Regulatory Agency (MHRA) has “brilliant” experts.

“That doesn’t surprise me at because we’re a much better country than every single one of them.”

However, Mr Williamson drew a line that Brexit had helped Britain be first.

He said: “I think just being able to get on with things, deliver it and the brilliant people in our medical regulator making it happen means that people in this country are going to be the first ones in the western world to get that Pfizer vaccine.

“Real competitive advantage, but do you know who it’s down to?

“It’s down to those brilliant, brilliant clinicians in the regulator who’ve made it happen so fast, so our thanks go out to them because by doing what they’ve done, they’re going to have saved lives.”

But he added: “We are definitely not in the game of comparing regulators across countries, nor on commenting on claims as to who is better.

“This is not a football competition; we are talking about the life and health of people.”.

On Tuesday, Health Secretary Matt Hancock suggested that Brexit had allowed the UK to move quicker on the vaccine.

It’s a claim disputed by the MHRA and the EU.

“Our progress has been totally dependent on the availability of data in our rolling review and the independent advice we have received”.

The European regulator has criticised the approval of the vaccine using emergency powers, insisting that its own, slower approach is more appropriate.