Teenage motorbike rider caught after 180 mph chase on the M1 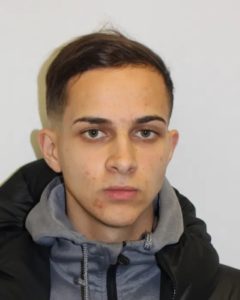 A teenager rode his motorbike at speeds of 180 mph to escape the police.

His bike – carrying false number plates – was doing 70 mph in 20 mph zones as he headed towards the nearby M1.

Dragoi was soon hitting 180 mph on the motorway.

However, he was being watched all the time by a spy-in-the-sky police helicopter.

The rider finally ran out of petrol and steered his powerful bike the wrong way up a slip road to refuel.

He was arrested at the station’s pumps.

Dragoi, from Wood Green, pleaded guilty to dangerous driving, failing to stop for police, driving a motor vehicle without a licence and driving without insurance at Highbury Corner Magistrates’ Court.

He faces sentencing at Wood Green Crown Court on 14 January, 2021.

“At one point of the pursuit, Dragoi went straight through every single red light he was confronted with, rode on the wrong side of the road in his attempts to get away and even mounted pavements.

“Throughout the pursuit, he continued to ride in a dangerous manner, and he only had the National Police Air Service helicopter tracking him – without any police vehicles on the ground anywhere near him.”