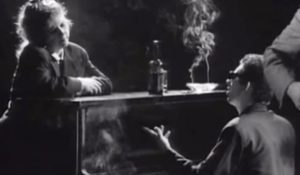 BBC Radio 1 will not play the original version of “Fairytale of New York” because of its lyrics.

The Christmas favourite by The Pogues and Kirtsy MacColl has lines considered “sensitive and derogatory” about gender and sexuality.

Radio 1 will play an edited version.

However, the original version will still be aired on BBC Radio 2.

“We know the song is considered a Christmas classic and we will continue to play it this year, with our radio stations choosing the version of the song most relevant for their audience.”

The unlikely duet with MacColl and Pogues’ singer Shane MacGowan has made the Christmas chart top 20 for the last 15 years.

The song is about a blazing row between an alcoholic and a heroin addict.

It’s not the first time its lyrics have come under scrutiny.

The track was censured by Radio 1 in 2007 but the decision was reversed after complaints from listeners.