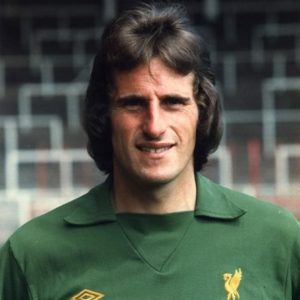 He was diagnosed with prostate cancer 15 years ago.

“Ray passed away peacefully today surrounded by his loving family.

“After fighting so hard, for such a long time, he’s now at peace and in no more pain.

“The family would like to say a huge thank you, for all the love and support that he’s received over the years.

“He was loved so much by us all and he will never be forgotten.”

He made 470 appearances for Liverpool before moving to Spurs.

During his seven years at White Hart Lane he played 330 times.

Clemence could have played more during his 11 years with the Three Lions but his constant rival was Peter Shilton.

Skegness born Clemence captained England once, against Brazil in 1981 – a defeat.

A Scunthorpe teammate was Kevin Keegan – who also went on to play for Liverpool and captain England.

To the delight of countless quizmasters, the third Scunthorpe player to captain an England side was Ian Botham – albeit at cricket.

“I’m absolutely devastated to be told of the sad news that Ray Clemence has just passed away.

“We were rivals but good friends.

“Ray was a brilliant goalkeeper with a terrific sense of humour.

“I will miss him a great deal as we’ve kept friends long after retiring.

“We have lost a true legend.

“Clem was a fantastic team-mate and great to be around.

“I will never forget how he helped me to settle in at Anfield.

“Our thoughts are with the Clemence family. RIP Clem.”