London gym owner fined £67,000 for refusing to shut during lockdown 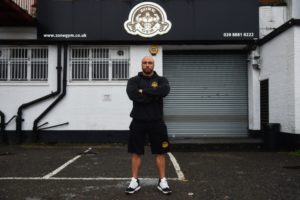 Gym owner Andreas Michli has been fined £67,000 for refusing to close his club.

He was given multiple fines by Haringey Council in London after continuing to remain open.

Eventually the council obtained a closure order for the Zone Gym business.

Mr Michli, who has owned the club for five years, could also be landed with £7,500 court costs.

He said: “Keeping open was the right thing to do socially, morally and scientifically.

“There were a lot of reasons why I didn’t close.

“I couldn’t actually find a reason why not to keep it open, other than there was legislation in place.”

All gyms were closed under the latest national lockdown rules.

When Mr Michli kept his doors open the police arrived and stopped people coming in.

He said: “The police were manned outside the gates and they were rotating shifts every two hours.

“A few people managed to climb over walls and shift through little gaps to get in, but it was pretty much empty.

“It was a bit of a pointless thing to do keeping the gym open while it was basically empty.”

Haringey council said the authority had tried to “communicate” with Mr Michli.

“As a result, we were left with no choice but to issue fixed-penalty notices and have obtained a closure notice.

“Lockdown is an extremely difficult time for local businesses, but the law is the law and it applies to everyone.”