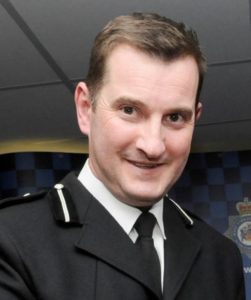 A Chief Constable has apologised to the victims of Peter Sutcliffe for “the language, tone and terminology used by senior officers at the time”.

He tried to kill seven others.

Some were sex workers in red light districts in West Yorkshire and the North West frequented by the lorry driver.

The press and the judiciary also had a “laissez faire” approach to the first murders.

“Such language and attitudes may have reflected wider societal attitudes of the day, but it was as wrong then as it is now.”

“What can come out of this is for West Yorkshire Police to finally do the right thing and give us a bit of closure we can have and deserve, and that is to apologise for the way they spoke about some of the victims, including my mum, who they said were less than innocent.

“When Jayne MacDonald, the 16-year-old girl, was killed it was said by the police that [Sutcliffe has] killed an innocent victim now.

“My mum and all those other women were completely innocent and deserved to live.”

“A huge number of officers worked to identify and bring Peter Sutcliffe to justice and it is a shame that their hard work was overshadowed by the language of senior officers used at the time, the effect of which is still felt today by surviving relatives.

“Thankfully, those attitudes are consigned to history and our approach today is wholly victim-focused, putting them at the centre of everything we do.”

He was serving a full life term – never to be released.