Britain spent £1 billion on PPE kit and ventilators from China 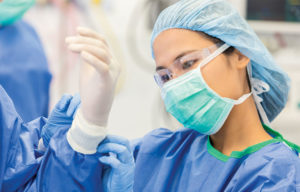 A severe shortage of PPE at the start of the coronavirus pandemic meant the UK had to shop around the world.

The items were used by NHS staff at hospitals running low on stock.

The Government also bought ventilators from Wuhan – the source of the Covid-19 outbreak.

Analysis by The Sun shows 90 contracts, recently made public, were signed with Chinese companies.

The deals were worth £900 million.

The cost is expected to rise as more contracts are revealed.

“Given China’s role in the mass outbreak of this disease, many taxpayers will feel it to be a rum deal that Chinese firms stand to benefit to the tune of millions in Government contracts.

“This reliance on China for crucial medical supplies at a time in which it is throwing its weight around on the global stage poses an obvious security risk.

“We desperately need a new supply chain strategy on critical goods like PPE.”