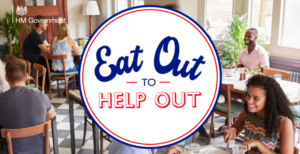 Arrests have begun over alleged fraud in Government support schemes introduced to help businesses through the coronavirus pandemic.

Three men have been held on suspicion of fraud linked to the Eat Out to Help Out programme.

They are accused of cheating the public revenue and fraud by false representation.

They have been released as inquiries continue.

“The vast majority of businesses will have used Eat Out to Help Out responsibly, but we will not hesitate to act where we suspect abuse of the scheme.

“This is taxpayers’ money and any claim that proves to be fraudulent limits our ability to support people and deprives public services of essential funding.”

More than 100 million meals were served under the Eat Out scheme in August.

Diners were offered a 50% discount of up to £10 off meals to revitalise the hospitality sector.

The Government has vowed to crack down on bogus claims.

A key area of suspicion is the furlough scheme.

The National Audit Office (NAO) warned last month much as £26 billion could be lost through fraud, organised crime, or default.

Rachael Herbert from the NCA said the agency and other bodies “will pursue those serious and organised criminals who seek to exploit the help provided to businesses during a national crisis”.