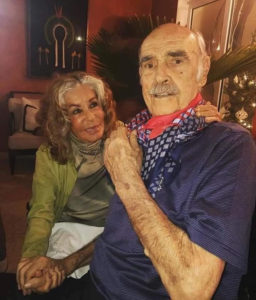 Ms Roquebrune said: “He had dementia and it took its toll on him.

“He got his final wish to slip away without any fuss.

“It was no life for him.

“He was not able to express himself latterly.

“At least he died in his sleep and it was just so peaceful.

“I was with him all the time and he just slipped away.

“It was what he wanted.”

The couple married in 1975 and had lived in the Bahamas for the last 30 years.