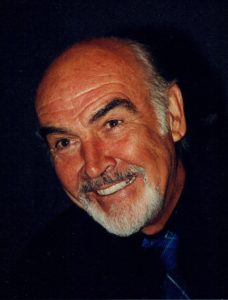 No cause of death has been revealed.

Connery was the original – and many claim – to be the best of the 007s.

However, he had countless other films to his name – winning an Oscar in The Untouchables.

Thomas Sean Connery was born on a tough estate in Edinburgh.

His first job was as a milkman after leaving school at 14.

He joined the Royal Navy but was discharged on medical grounds.

He took up body-buildings and entered the Mr Universe contest in 1953.

Although he failed to win, he used the experience as a calling card to London’s West End.

But it was his casting as James Bond in Dr No that made him a world star.

Despite better actors chasing the coveted role, the producers chose Connery because of his “sex appeal”.

It was said he “walked like a panther” at the audition.

Connery appeared in the next four Bond films: From Russia With Love, Goldfinger, Thunderball and You Only Live Twice.

He declined a fifth – On Her majesty’s Secret Service – but was lured back to make Diamonds are Forever.