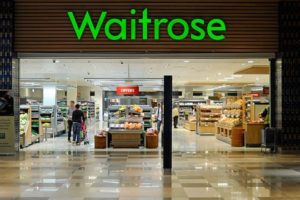 Christmas supermarket wars have broken out as Waitrose and the Co-op cut hundreds of prices.

Waitrose is lowering the price of more than 200 of its “basic” own label items.

And the Co-op is spending £50 million on lowering the price on more than 300 branded and own label goods.

It is also introducing an “Honest Value” range of 50 items – including British meat, soft drinks, and fruit and veg.

Both companies are looking at offering 15% reductions.

“Value is uppermost in the minds of shoppers.”

Both supermarkets are acting after the big names – Tesco, Asda, Morrisons, and Sainsbury’s – cut prices.

Family finances are being strained by the Covid-19 pandemic.

It’s feared people will be “less indulgent” over the festive period.

“It is going to be incredibly challenging to deal with the levels of demand given the restrictions in place because of Covid-19.

“The tactic is to build up a bit of loyalty ahead of Christmas.”

Only 12% of shoppers expect to spend more this Christmas than last, said Mr Lim.