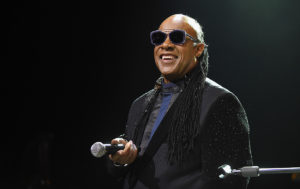 Stevie Wonder has broken away from the soul label Motown after a 60-year relationship.

The multi-talented singer, song writer and musician has released two new singles in a deal with Republic Records.

Wonder said: “Even though I have left Motown, I never leave Motown.

“I’m sure that we can figure out how we can do some things at Motown.”

Stevie Wonder – blind since birth – was a child prodigy.

He signed with Tamla when aged 11 and delivered his first Billboard Hot 100 number one with the single “Fingertips” when aged 13.

He has sold more than 100 million albums worldwide and won 25 Grammy Awards.

His song “I Just Called To Say I Loved You” from the film 1984 Woman in Red won an Oscar.