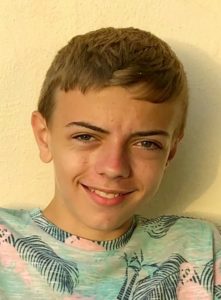 Teenager Ben Simpson has been cured of only eating bangers.

Ben, 15, has eaten nothing but Richmond sausages – washed down with a glass of water – since he was a baby.

His fear of trying to eat anything else was resolved by hypnotherapy – delivered over FaceTime.

Ben’s mum, Wendy Hughes, 55, said he developed the phobia after being weaned.

Since then Ben has only eaten bangers – up to 16 a day.

“When he was a baby, I weaned him off the bottles of milk and I started to feed him on solid food.

“I noticed that he wasn’t eating what other children would eat.

“As he got older, he would stick to sausages.

“It was sausages all the time. 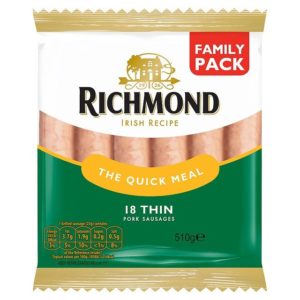 “Specifically, Richmond sausages and they have to be skinless.

“He sometimes has chips or waffles but there always has to be sausages.

“He doesn’t eat sweets or chocolate.

She said: “We did it all on FaceTime.

“I didn’t think it would work as Ben wouldn’t try any food at all, not a bite.

“Now, if I give him something, he will pop it straight into his mouth.”