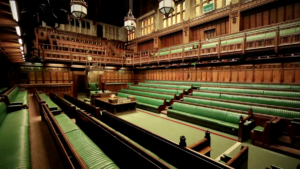 The new wage comes as more than 700,000 people have already lost their jobs during the Covid-19 pandemic.

And it’s feared another 500,000 workers could follow suit by the end of the year.

MPs wages are linked to the public sector three-month annual growth figure of 4.1%.

“Given the huge economic uncertainties arising from the pandemic, we do not think it is right to depart from this approach now.”

“IPSA must be tin-eared if it really thinks a pay rise for MPs should be considered this year.

“Public finances are in a parlous state, furlough is coming to an end and unemployment is rising.

“A pay rise in parliament would be an insult to hardworking taxpayers who’ve had a very tough year.”

At present, many MPs are working from their homes.

However, pre-pandemic the Commons corridors were often empty of MPs most Fridays.