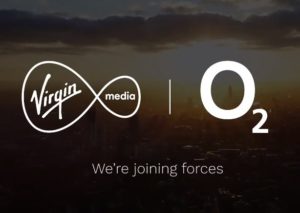 A merger between O2 and Virgin Media will bring more than 4,000 jobs to Britain.

More than 1,000 new apprenticeships will also be created.

Owners Liberty Global and Telefonica predict the increase if the £31 billion deal goes ahead.

The new company would rival BT and its EE mobile network.

It’s planned to invest £10 billion in the UK over the next five years.

“We want to create a national connectivity champion for the UK which can support the country in its digital-led recovery, by investing in the infrastructure the country needs and promoting jobs and apprenticeships to improve the digital skills base.

“We want to create the leading fixed and mobile competitor in the market, supporting consumers, businesses and society, and this announcement demonstrates our confidence in the long-term potential of the UK’s digital economy.”

The merger is planned for the summer of 2021 – regulators allowing.