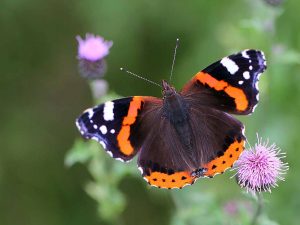 Fewer butterflies have been recorded in Britain after a nationwide survey.

They noted butterflies and moths in parks, gardens, woods and nature reserves.

More than 110,000 people sent fifteen-minute sightings to the survey by British Conservation.

“Unfortunately, this summer has not seen an abundance of butterflies across the UK.

“These 2020 results illustrate the perilous state of wildlife in the UK.”

“An unusually warm spring led many species to emerge earlier than usual.

“So, we may have only caught the tail-end of the flight period for many species during this year’s Big Butterfly Count.

“Our scientists will use the data to try to understand what is happening and how we can work to solve it.”

“The fact that so many people take part in this exciting citizen science initiative is encouraging and makes a huge difference to our understanding of how the natural world is responding to the crisis it is in.

“Now we need to see initiatives both here and across the world to put nature on a path to recovery.”

It’s estimated 75% of Britain’s 59 native butterflies are in decline.