All bets off on Tom Hardy being next 007 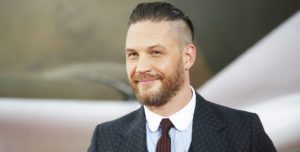 All bets on Tom Hardy being the next James Bond have been suspended.

Odds on Hardy, 43, taking over from Daniel Craig were slashed from 6/1 to evens.

Now betting has been suspended

“For years we’ve heard speculation about who will replace Daniel Craig as James Bond, and finally it seems that English heart-throb Tom Hardy is the man for the role.

“The versatile Hardy would certainly be a popular choice – and attracted 54 percent of all bets in the 24 hours before the market was suspended.”

The Hardy 007 news was broken by movie website The Vulcan Reporter.

“While Tom Hardy was expected to be announced as the new Bond in November, this does not seem to be the case anymore due to the coronavirus.

“Nevertheless, I anticipate the announcement to come out this year all the same.

“Early 2021 also seems likely, if No Time to Die gets delayed again.”

The last outing will be No Time To Die, due for release in November.