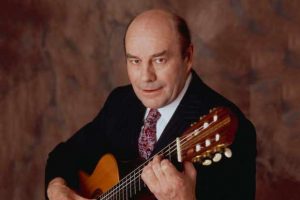 Classical guitarist Julian Bream – regarded as one of the world’s finest players – has died. He was aged 87.

His agent said the musician died “peacefully at home”.

Bream was a musical child prodigy, earning a scholarship to the Royal College of Music aged 15.

He studied piano and cello.

However, he taught himself how to play the guitar and gave his first public guitar recital aged 13.

He toured the world for decades to international acclaim.

Bream also played the lute – an Elizabethan instrument – and was an expert on music from the period. 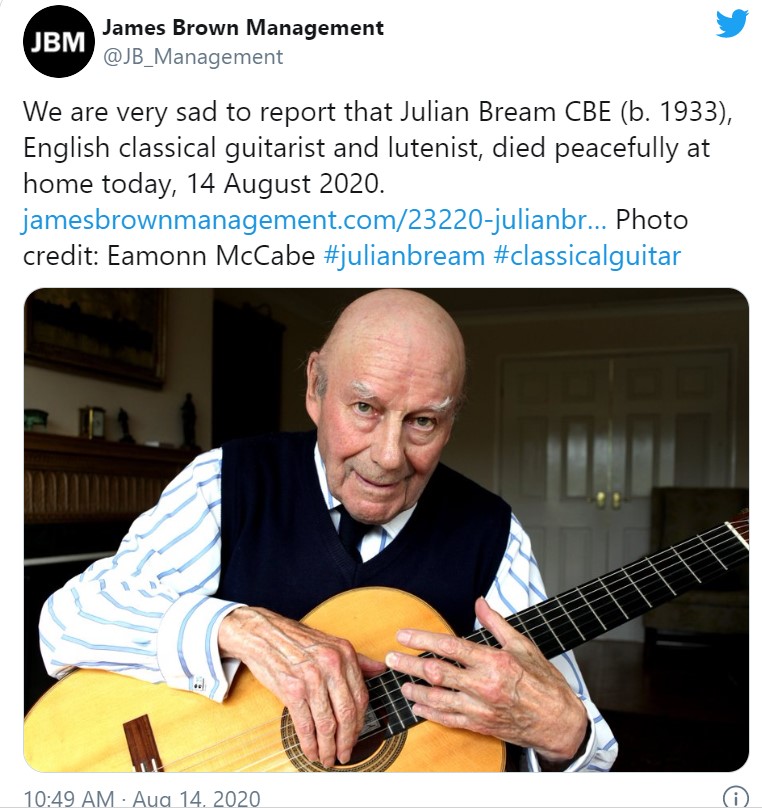