More than 1,000 motorists still driving despite having 12 or more points on their licence 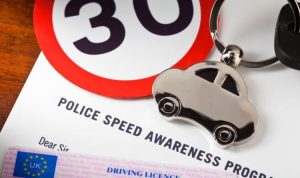 More than one thousand motorists have 12 points on their licence but continue to drive.

In all, the DVLA reveals 1278 drivers have at least a dozen points.

Overall, Britain has 1,024,489 drivers with points on their licences.

The highest number held by a single motorist is 68.

Figures published by the DVLA reveal 1,278 drivers who are still driving currently have at least a dozen points.

The information came from a Freedom of Information (FOI) request by the Liberal Democrats.

“For the safety of everyone driving on our roads, it’s important that repeat offenders and dangerous drivers are kept off the roads,” said Ms Olney.

“It’s possible that there are mitigating factors in some cases which justify these drivers hanging on to their right to drive.

“But if we are honest, if you have racked up a dozen points, you are probably a bad driver.

“The UK Government should examine whether the right systems are in place to put the brakes on problem drivers.

“With fewer drivers on the road than ever before, now is the time to consider what can be done.”

If you have accumulated 12 points on your driving licence within 36 months you will be disqualified from driving for at least 6 months under the Road Traffic Offenders Act 1988.