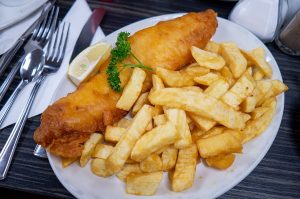 Seas around the British Isles have shown significant warming over the last 40 years.

Projections over the next 70 years shows an increase in warm-adapted fish like red mullet, Dover sole and John Dory.

But the cold-water loving species like cod and monkfish are in decline.

The universities of Exeter and Bristol, the Centre for Environment, Fisheries and Aqua-culture Science and the Met Office all took part in the research.

They said declining species may need help and there will be implications for the wider ecosystem.

“Climate change will continue to affect fish stocks in this sea region.”