Marks and Spencer to cut hundreds of jobs, claims report 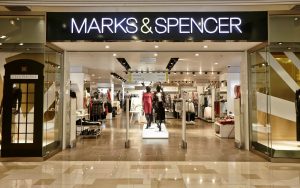 Marks and Spencer is to announce hundreds of job losses, it is reported.

M&S is the latest big-name High-Street retailer to look at cuts.

John Lewis and Boots have already announced thousands of jobs will be lost.

The M&S cuts would be part of a restructuring the company is expected to announce this week, reports SKY News.

It’s not known how many people are at risk of redundancy.

“We don’t comment on speculation and, if and when we have an announcement to make, our colleagues will be the first to know.”

M&S was already reviewing its future as the coronavirus pandemic broke.

It has furloughed more than 7,000 employees and announced plans to close between 100 to 120 stores nationwide.

Covid-19 has hit retail particularly hard with experts saying many of Britain’s shoppers may not return to the High Street.