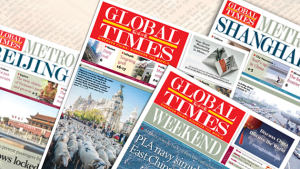 Chinese state media predicts a “public and painful” retaliation against Britain over its 5G ban on Huawei.

The Global Times warned that China would not “remain passive” following the decision to stripped the tech company from the UK’s networks by 2027.

The editorial said: “It is necessary for China to retaliate against the UK, otherwise would we not be seen as easy to bully.

“Such retaliation should be public and painful for the UK.”

Anglo-Sino relationships are already strained after Britain criticised China’s handling of Hong Kong and the imposition of a national security law.

The Global Times said: “It is not necessary to turn this into a China-UK confrontation.

“The UK is not the US, nor Australia, nor Canada.

“It is a relative ‘weak link’ in the Five Eyes.

“In the long run the UK has no reason to turn against China, with the Hong Kong issue fading out.”

“UK can only completely remove Huawei by 2027, which indicates it’s difficult to leave Huawei.

“But there could be change before and after that.”