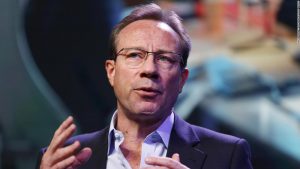 His warnings come as the Government decides on the future of the Chinese tech titan in helping build Britain’s 5G network.

The Prime Minister Boris Johnson has come under intense pressure from both Washington and his own backbenchers to drop Huawei.

However, the uncertain future of Huawei in Britain flies in the face of a Tory winning election manifesto promise to ensure faster UK broadband to “level-up” the country’s regions.

“Huawei has been in the telecoms infrastructure for about 20 years and a big supplier to BT and many others in the UK telecoms industry.

“It is all about timing and balance.

Mr Jansen said the industry would want at least seven years to take out Huawei parts.

But, he said, “we could probably do it in five”.

However, there would be consequences after rejecting business with Huawei.

Mr Jansen said: “We always, at BT and in our discussions with GCHQ, we always take the (view) that security is paramount; it is our number-one priority.

“But we need to make sure that any change of direction doesn’t lead to more risk in the short-term – I think that’s where the detail really matters.

“Secondly, the security and safety in the short-term could be put at risk – this is really critical here.

“If you are not able to buy or transact with Huawei that would mean you wouldn’t be able to get software upgrades if you take it to its specificity.”