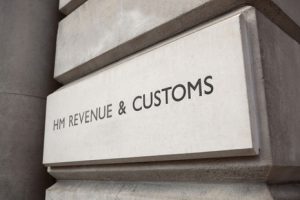 A man has been arrested over an alleged furlough fraud after he’d submitted claims for nearly £500,000.

The 57-year-old businessman was released while inquiries continue.

Computers and other devices were seized in the raid in Solihull and the suspect’s bank account has been frozen.

The man was also arrested in relation to a suspected multi-million-pound tax fraud and alleged money laundering offences.

Another eight men were also detained across the West Midlands as part of a “linked investigation,” according to Her Majesty’s Revenue and Customs (HMRC).

Since the Government launched its coronavirus job retention scheme (CJRS) it has given firms £27.4 billion in wage subsidies for 9.4 million furloughed staff.

“The vast majority of employers will have used the CJRS responsibly, but we will not hesitate to act on reports of abuse of the scheme.

“This is taxpayers’ money and any claim that proves to be fraudulent limits our ability to support people and deprives public services of essential funding.”

HMRC said it had built “safety measures” into the scheme to protect against fraud.

And, officials also urged anyone who suspected their employer was abusing the scheme to report it online.