Drugs, gems and £13 million cash found by police in specially made strong boxes 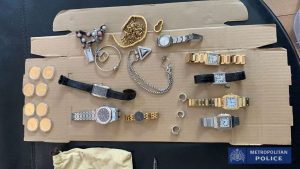 The police have seized jewellery, cocaine and £13 million in cash after cracking open sophisticated safes hidden in transit vans.

They discovered the strong boxes during a series of raids to tackle serious and organised crime in London.

The police said two boxes looked like the sort “that you might see in the back of any tradesman’s van and were covered in tools and other building equipment”.

A third was built into the floor of the van and opened by remote control. 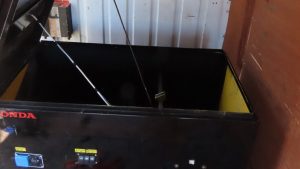 To open the boxes the police had to “power them up” and then use a specially cut key to start a hydraulic lock inside to lift the lid.

“Criminals go to great lengths to conceal drugs, weapons and the proceeds of their crimes.

“Officers regularly encounter hides in vehicles and at properties – some are basic, and some are specially constructed at significant cost to stash away evidence and illegal profits.

“Our officers instinctively look for evidence in places you wouldn’t think to look and have the knowledge and expertise to gain access to even the most sophisticated hides with complex locking mechanisms.

“These people think their wealth is untouchable, and the sole motivation for people involved in serious organised crime is money.

“That is why, as part of these investigations, we will look closely at their finances and use all the resources and legislation available to us to take everything they have obtained using criminal funds away from them, and bring them to justice.” 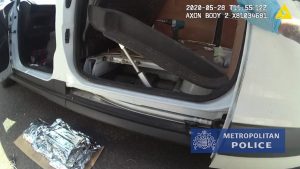