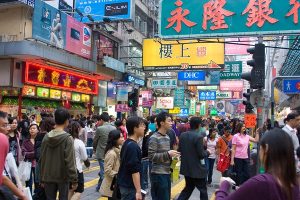 The move comes after new tough security laws were imposed on the island’s people by Beijing.

Under the new regulations anyone criticising the Chinese government faces ten years to a life sentence in prison.

The laws violate the Sino-British agreement made in 1984 when Hong Kong was handed back to the mainland.

Hong Kong residents with British National Overseas status – and their dependents – will be allowed to access five-year work or study visas.

The person can apply for settled status at the end of the period.

Foreign Secretary Dominic Raab said the new laws were a “flagrant assault on freedom of speech and freedom of protest”.

He added that today was a “sad day”.

Mr Raab said: “We [the UK Government] will live up to its responsibilities to the people of Hong Kong.

“The enactment and imposition of this national security law constitutes a clear and serious breach of the Sino-British joint declaration.

“It violates Hong Kong’s high degree of autonomy and is in direct conflict with Hong Kong’s direct and basic law.”