RAF Voyager used by Boris returns to skies after £900,000 makeover 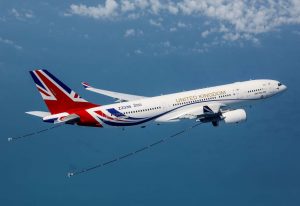 An RAF plain grey Voyager military jet used by the Prime Minister and Royal Family has been repainted in a patriotic red, white, and blue.

There was little change from one million pounds for the makeover.

The plane has been resprayed white with a Union flag on the tail fin and “United Kingdom” written in gold on the fuselage.

Boris Johnson had complained the original grey Voyager was “too dull”.

Downing Street said the new colour scheme meant the plane could better represent the UK around the world with “national branding”.

The Voyager is now back at its Brize Norton RAF base in Oxfordshire.

And it has returned to its primary military role of air-to-air refuelling. 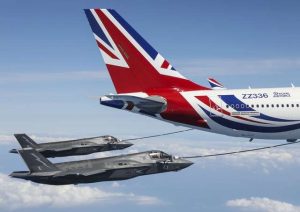