Finally, after 98 years it’s nice to know how to pronounce Nice biscuits 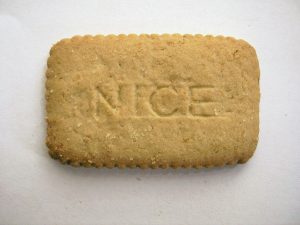 Finally, there is a definitive answer to a question that’s troubled biscuits lovers for 98 years.

How to you pronounce Nice biscuits?

Is it “nice” as in the compliment “you look nice?

Or “Nice” as in the South of France bolt hole for the jet-set?

At last, the Aussie based biscuit maker Arnott has cleared up the century old conundrum.

When asked on Twitter how to pronounce the biscuit the manufacturer replied:

“Nice biscuits were named after the city in the South of France and pronounced the same as that city.

They have been part of the Arnott’s range since 1922.”

However, despite the irrevocable answer, Twitter still argued on the correct pronunciation.

One person said: “It can be confusing because Nice biscuits are also very nice.”