Van Gogh and Gauguin letter about brothels sells for £188,000 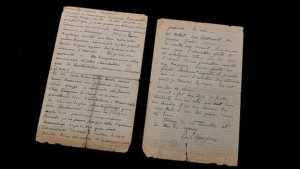 A letter written by impressionists Vincent Van Gogh and Paul Gauguin about a local brothel has been sold for more than £188,000.

The artists – living together at the time in Arles, France – wrote to fellow artist Emile Barnard in 1888.

The letter was penned only a few weeks before Van Gogh cut off his left ear.

Van Gogh and Gauguin describe their trips to the brothel.

They write to Barnard: “Now something that will interest you – we’ve made some excursions in the brothels, and it’s likely that we’ll eventually go there often to work.

“At the moment Gauguin has a canvas in progress of the same night café that I also painted, but with figures seen in the brothels.

“It promises to become a beautiful thing.” 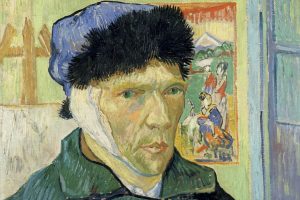 The letter was bought at an auction in Paris by the Vincent Van Gogh Foundation.

It will be displayed at the Van Gogh Museum in Amsterdam.

The letter is said to be “the most significant document written by Van Gogh that was still in private hands”.

“We are delighted and very grateful that the Vincent van Gogh Foundation has made it possible to add such a remarkable letter as this to our collection, especially in these challenging times.”

Although the letter was written for Barnard it reveals a dialogue between Van Gogh and Gaugin.

Van Gogh described Gauguin as “an unspoiled creature with the instincts of a wild beast”.

“With Gauguin, blood and sex have the edge over ambition.

“But enough of that, you’ve seen him close at hand longer than I have, just wanted to tell you first impressions in a few words.”

The two artists fell out months later and Gauguin left.