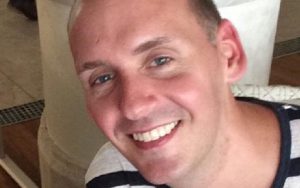 The second victim of the Reading stabbing has been named as American Joe Ritchie-Bennett.

The 39-year-old grew up in Philadelphia but has lived in Britain for the last 15 years.

“The family is heartbroken they have lost their brilliant and loving son. This was senseless.”

Joe Ritchie- Bennett was with a group of friends in Forbury Gardens when the attack started.

Police arrested a 25-year-old man a short distance from the scene.

Khairi Saadallah, a refugee from Libya, is in custody on suspicion of murder.

He was also known to MI5.

Three men were killed in the Saturday evening attack.

Three others were taken to hospital and two have since been released.