Treasury down £2.5 billion in fuel duty since lockdown, says HMRC 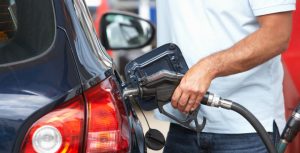 The Treasury has lost more than £2.5 billion in fuel duty since lockdown was introduced.

Her Majesty’s Revenue and Customs (HMRC) reports the Government received £4.1 billion from petrol and diesel sales between March and May in 2020.

The same period last year saw a revenue of £6.6 billion.

“These startling figures show that the collapse in car use is costing the Treasury billions.

“The AA’s tracking of car trips since March 23rd showed a fall of up to 80% of trips in the early weeks of lockdown.

“Even though traffic has increased in recent weeks it is still much lower, particularly in the evenings and weekends, which is also reflected in our breakdown figures.

“These new statistics illustrate just how much central and local government rely on tax, parking charges and fines from car owners to support public finances.”

Motorists pay 57.95p in fuel duty for each litre of petrol and diesel they buy.

The sum has been frozen since March 2011.