French resistance fighters to be given honorary MBEs for WWII courage 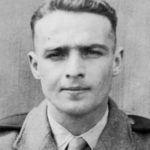 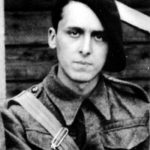 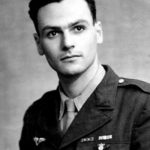 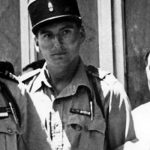 Four French resistance fighters are to be awarded MBEs for their part in WWII.

Boris Johnson said the men – all aged between 98 and 100 – will receive the honour for “courage and sacrifice in defending us and the whole world from fascism”.

The awards will be presented later this year at a ceremony in France.

The visit is to commemorate the 80th anniversary of Charles de Gaulle’s stirring speech to his people to resist the German occupation.

His rallying call was broadcast on the BBC in June 1940.

He said: “I call upon all Frenchmen who want to remain free to listen to my voice and follow me.”

It was in the upstairs bar of the French House in Soho that De Gaulle penned “À tous les Français”.

However, a trip to the pub was not on the agenda for Mr Macron and Mr Johnson.

They will be in Downing Street to discuss the coronavirus crisis and other issues.

Mr Johnson said will raise easing travel between the UK and France.

There is a flypast of the Red Arrows and their French equivalent, La Patrouille de France.

Mr Johnson said: “Eighty years ago Charles de Gaulle, the leader of the French Resistance, arrived in London knowing that the values of freedom, tolerance and democracy that Britain and France shared were under threat.

“He pledged that we would stand together to defend those values and protect our citizens from those bent on destroying us.

“The four men we are honouring today symbolise the enduring depth and strength of the friendship between our two countries.

“They are heroes, and I am immensely proud that as a nation we are paying tribute to their courage and sacrifice in defending us and the whole world from fascism.

“The struggles we face today are different to those we confronted together 80 years ago.

“But I have no doubt that – working side by side – the UK and France will continue to rise to every new challenge and seize every opportunity that lies ahead.”