Two-metre rule has “no basis in science”, say scientists 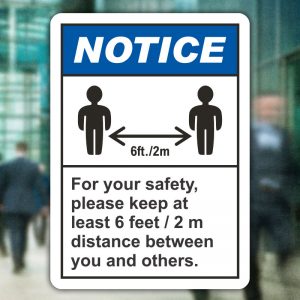 Scientists claim the two-metre lockdown rule has no basis in science.

Two professors from the University of Oxford claim there is “little evidence” to support the curb.

They have called on the Government to end the “formalised rules”.

Their findings come as the Government is under increased pressure to end the two-metre distance.

Only five dealt explicitly with coronavirus infection in relation to distance.

“Queuing outside shops, dodging each other once inside, and not getting too close to other people anywhere: social-distancing has become the norm.

“The two-metre rule, however, is also seriously impacting schools, pubs, restaurants and our ability to go about our daily lives.

“Much of the evidence in this current outbreak informing policy is poor quality.

“Encouragement and handwashing are what we need, not formalised rules.”