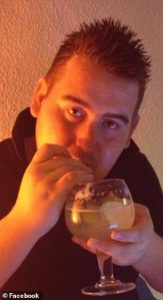 Andrew Banks has been jailed for 14-days for urinating next to a memorial dedicated to a policeman killed in a terrorist attack.

He was caught on camera during violent clashes between far-right protesters and the police.

However, Banks admitted he did not know which statues.

He was said to have downed 16 pints during Friday night into Saturday morning, and had not slept.

Banks went to his local police station after being confronted by his father over the incident.

Stuart Harris, for the defendant, said his client was “ashamed by his action”, and had mental health issues.

The attack took place outside the House of Parliament.

The memorial to Pc Palmer is nearby.