More than 25,000 Heathrow jobs at risk over 14-day quarantine law 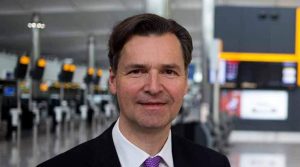 More than 25,000 Heathrow jobs are at risk as the Government pursues its new 14-day quarantine period.

The warning comes as the airport reports a 97% drop in passenger numbers for May.

And those figures received a “boost” from an increase in the number of cargo-only planes using the airport.

He said: “Throughout this crisis, we have tried to protect frontline jobs, but this is no longer sustainable, and we have now agreed a voluntary severance scheme with our union partners.

“While we cannot rule out further job reductions, we will continue to explore options to minimise the number of job losses.”