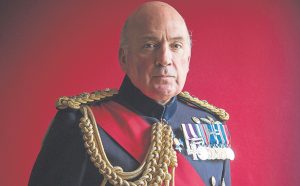 His call for action came after 1,000 cases against British soldiers serving in Iraq were dropped last week.

He said many alleged crimes were not backed by evidence.

During his Tory leadership campaign in 2019 Mr Johnson said he would end the “unfair prosecutions”.

“The Prime Minister has pledged to act — now is the time.

“No one is above the law, and where credible allegations backed by evidence are made, against anyone, then charges must be laid, a case heard in court and a proper finding reached.

“There are still unexplained deaths in Northern Ireland.

“But for investigations to focus unduly on former soldiers is grossly unfair.”