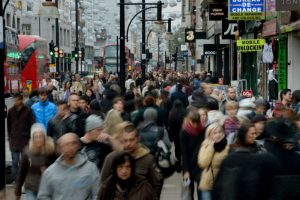 Sunday trading laws could be suspended for a year to boost Britain’s coronavirus hit economy.

The Government is reported to be drawing up legislation for large shops to open for longer than six hours.

Also, according to The Times, cafes and pubs would be given fast-track approval to serve food and drinks outside.

At the moment they have to undergo a 28-day minimum statutory consultation period.

The Prime Minister’s main advisor Dominic Cummings, the chancellor Rishi Sunak and the business secretary Alok Sharma are said to favour the proposals.

The Sunday Trading Act of 1994 allows large stores to open for no more than six consecutive hours between 10am and 6pm.