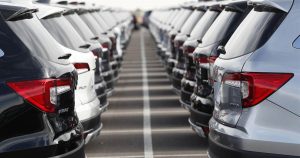 The Covid-19 pandemic has shut showrooms across the UK.

But dealers reopened on Monday, and it’s hoped limited deliveries of new vehicles will soon start.

The Society of Motor Manufacturers and Traders (SMMT) recorded fewer than 20,000 new cars registered in May.

“There is a lot of pent up demand from car buyers, creating a huge opportunity for the industry to help kick-start the country’s wider economy.”