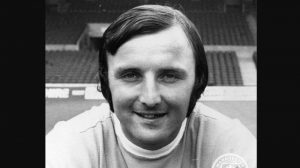 Manchester City legend Glyn Pardoe has died. He was aged 73.

Defender Pardoe played more than 300 times for City during a 14-year period from 1962.

When he hung up his league boots, he took on a role with the youth team.

Pardoe was renowned for his versatility.

He played every position – bar centre-back – for the Sky Blues.

And, he was the youngest City player to debut at just 15 years and 314 days.

He helped them to win Division 1 – now the Premier League – Charity Shield, the FA Cup and both the League Cup and UEFA Cup Winners’ Cup in 1970.

A City club statement read: “Everyone at City is deeply saddened to learn of the passing of Glyn Pardoe.

“Our thoughts and condolences go out to his friends and family at this difficult time.”