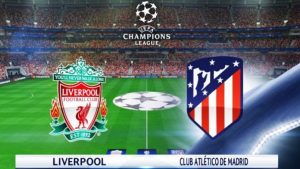 The decision to allow Liverpool to play Atletico Madrid days before a lockdown was imposed may have “led to 41 deaths”, it’s reported.

More than 52,000 fans were at Anfield for the Champions League match – at least 3,000 of them visiting supporters.

The game was the last major fixture played in England before lockdown.

Data analysts Edge Health estimated the match was “linked to 41 additional deaths” at nearby hospitals between 25 and 35 days later, compared with similar hospital trusts that were used as a control.

Edge Health, who analyse data for the NHS, also investigated the Cheltenham Festival.

More than 250,000 race goers went to the event after officials cited Government guidance it was safe.

Edge Health research indicated an additional 37 deaths can be linked to that decision.

According to the Edge Health research, cited by the Sunday Times, that decision may have been linked to 37 additional deaths.

The British Horseracing Authority was widely criticised for allowing the festival to go ahead.

The controversial decision to allow a match is to be investigated.

“I have asked [the city’s public health director] Matt Ashton and his team to conduct a full investigation into any potential link between that match and the situation with coronavirus in the city.

“We want to come to a view as to whether that decision had an impact on the people of this city and I’ve asked Matt to work with the universities to see if the data can give us an indication of that.”

“The decision did not make any sense and was a mistake”.

The UK’s deputy chief scientific advisor Angela McLean has acknowledged that a link between the game at Anfield and the number of cases in the region must be explored.

She said: “I’m genuinely sad to see that so many people in Liverpool are unwell and so many have died.

“The question needs to be put into the context of what was the general policy of the time.

“If we were at the bit of history where we were living our lives as normal, in that circumstance, going to a football match is not a particularly large extra risk.

“However, once we get to the situation of our strange lives as we live them now, when we spend all our time at home, of course you wouldn’t add on an extra risk of lots and lots of people all going off to the same place at the same time.

“I think it will be very interesting to see once all the science is done what relationship there is between the viruses that have circulated in Liverpool and in Spain – that is certainly an interesting hypothesis you raise.”