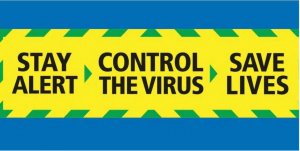 The “stay at home, save lives, protect the NHS” message is to be replaced by “stay alert, control the virus, save lives”.

However, early expectations that there would be a weighty relaxing from the current lockdown rules have diminished.

The Government is set on a course of “steady as she goes” to avoid a second spike in deaths.

There is to be a new five-tier warning system – like the one used for terrorist alerts.

It will be used to flag up the Covid-19 risk and encourage the public to be wary.

The alerts will range from level one (green) to level five (red).

It’s said England is on the verge of moving from four, the second highest level, to three – indicating the infection rate is not increasing significantly.

But trade union leaders have warned they will not allow back unless safety standards are bettered.