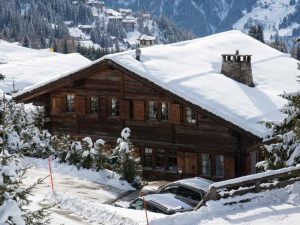 Beleaguered Prince Andrew is entangled in a law dispute over allegations of an unpaid £5 million bill for a Swiss chalet.

It’s reported the Duke of York and former wife Sarah Ferguson bought the holiday home Chalet Helora in Verbier in 2014.

The property cost them more than £13 million.

Now it’s alleged they did not meet a deadline to pay off part of the price in December 2019.

A spokeswoman for Prince Andrew said: “We can confirm there is a dispute between the two parties in this matter.

“The contractual details remain the subject of a confidentiality agreement and prevent further discussion.”

Le Temps newspaper in Switzerland reports that £5 million was due at the end of December – that figure has now risen to £6.7 million.

It’s thought the Duke and Duchess intended to sell the seven-bedroomed property and pay-off the debt – something known by the vendor.

Prince Andrew is also caught up in the Jeffrey Epstein sex trafficking scandal.

The Duke is alleged to have slept with a teenage girl provided by Epstein.

He has, so far, failed to co-operate with the FBI and its inquiries.