A 97% fall in passengers travelling through Heathrow, reports CEO 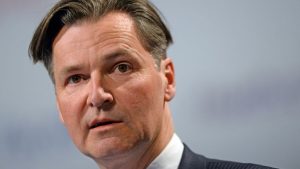 The number of passengers going through Heathrow Airport dropped by 97% last month (April) compared to a year ago.

And the airport expects demand will “remain weak” as the coronavirus pandemic hits global economies.

It believes the situation will only change when it’s deemed “safe to lift travel restrictions”.

“Heathrow is proud to serve Britain by remaining open for repatriating UK citizens and critical supplies of PPE.

“When we have beaten this virus, we will need to get Britain flying again so that the economy can recover as fast as possible.

“That is why we are calling on the UK Government to take a lead in setting a common international standard for safe air travel.”

The airport said it is financially “robust”, with £3.2 billion in liquidity.

Mr Holland-Kaye said that was “sufficient to maintain the business at least over the next 12 months, even with no passengers”.

He called for Britain to lead the way in developing a common international standard for safe air travel.