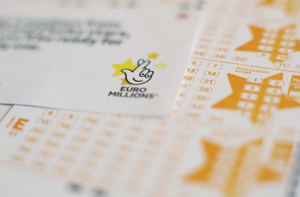 A single ticket holder has claimed a £57.8 million EuroMillions jackpot five weeks after the draw.

An appeal went out for the winner to come forward after the prize went unclaimed.

The lucky number ticket was bought in South Ayrshire, Scotland.

The draw was held on March 17th.

Camelot, who runs the National Lottery, has confirmed someone has claimed the money.

That claim is now being confirmed before payment is made.

“It is fantastic news that a lucky ticket-holder has now claimed this enormous prize.

“We will now focus on supporting the ticket-holder through the process.

“During the current crisis, we’d like to encourage as many players as possible to check their tickets and play online or on the National Lottery app, and to only buy their tickets in retail or claim a retail prize if they are already in-store to do an essential shop.”