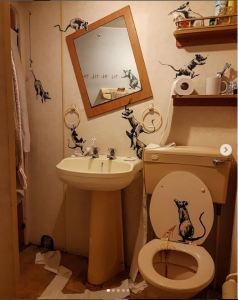 Artist Banksy has painted a series of pictures in his bathroom of rats running amok.

He added a wry caption – “My wife hates it when I work from home”.

Rats are a common theme in the artist’s work. 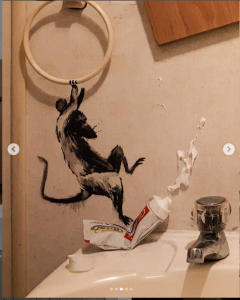 He’s painted them stamping on a tube of toothpaste, hanging from a towel rail and swinging from a light cord.

There’s even one of a rat peeing in the toilet – and aiming badly.

Banksy is an elusive artist whose satirical works appear overnight on street corners.

However, some of his original paintings have sold for more than one million pounds. 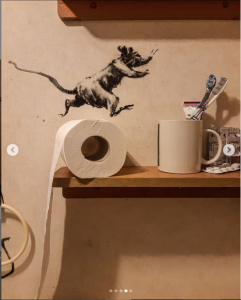