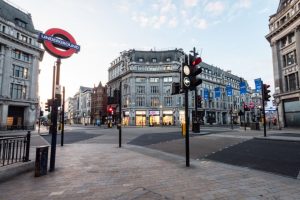 Britain will suffer its deepest recession for 300 years if the coronavirus lockdown is kept in place for too long.

The Office of Budget Responsibility (OBR) predicts the UK economy could shrink by 35% in the next few months.

The UK’s Government borrowing could also reach its highest level since WW11.

However, Chancellor Rishi Sunak has said the OBR prediction is “just one potential scenario”.

He added it was “important that we are honest about the economic impact of the virus and the hardship ahead”.

The Government now faces a tough balancing act of keeping coronavirus at bay through lockdown, but in doing so seriously damaging the country’s economy.

Some ministers fear an economic meltdown could lead to more deaths than the virus itself.