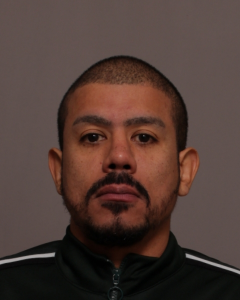 A man who duped people out of thousands of pounds on the promise they would get a share of a winning lottery ticket has been jailed.

Herito Marquez appeared at Isleworth Crown Court yesterday (Tuesday 7 April) and was sentenced to four and half years in prison.

He pleaded guilty to 11 counts of conspiracy to commit fraud at a hearing last month.

Between August 2016 and May 2018, Marquez, 42, of no fixed address, and an unidentified man, approached elderly or vulnerable people in the street and claimed they had won the lottery but due to their immigration status they couldn’t claim the winnings.

If the victims helped them claim the winnings, they promised them a share of the jackpot.

Before they could get the cash, the victims were asked to handover cash or jewellery to secure their stake in the winnings.

Extensive police enquiries were conducted across all three force areas including a nationwide wanted appeal for Marquez in March 2017.

He was later arrested in November 2018 in Kent.

His accomplice has not yet been identified.

Detective Sergeant Fraser McIntosh was one of the investigating officers in the case.

He said: “Marquez knew exactly what he was doing.  He had no qualms about duping the victims out of large sums of money and items of jewellery.

“He looked and sounded genuine.  Some victims lost their life savings at the hands of Marquez and his associate.

“We are pleased he has pleaded guilty to his part in the fraud and we hope this sentence reassures the local community that we will leave no stone unturned to find and put these offenders before the courts.”